Dates to be confirmed

Do you have a desire to grow in worship, intercession and the prophetic?

Are you looking for a time of refreshment and fellowship in a prophetic environment?

Here is an opportunity for you to join us in these 8 days. It starts on the 7th November at 2pm and finishes on the 14th November after lunch. We will gather in the South of France with experienced speakers from South Africa and France. They are all experts and with authority in their fields. Come and join us!

Registration is available at the bottom of this page.

The meetings will be in French and English!

If someone needs a translation into another language,

we encourage you to organize it yourself. 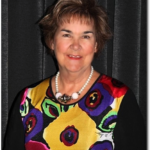 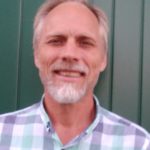 Anita is known for her in depth prophetic teaching and strong directional words. She is married to Leonard Giovannoni, and has two sons, a daughter, son in law, and two lovely grandchildren.

Anita Giovanonnoni, founder of Crocus Ministries, is a credible prophetic voice within our nation today. She has a proven prophetic ministry spanning a number of years. Her passion is to equip the Body of Christ in terms of the prophetic. She has developed The Academy of Prophecy, which focuses on prophetic training at different levels. These schools are very popular and attended by people all over the world.

Anita’s very natural, unpretentious prophetic manner create an ideal environment in which Biblical prophetic principles can be communicated, imparted and practiced with the greatest of ease. She is a highly sought after speaker at Prophetic Conferences, nationally and internationally. She has also developed a range of resources centred on prophetic ministry and written many books. We are in no doubt that you will certainly be impacted positively and be catapulted to a new degree of accuracy and power within the realm of the prophetic through her ministry.

Anita has spear-headed the annual Prophets Round Table, with other seasoned prophets, to hear God for the nations. This has resulted in an annual publication of the book of these prophecies “God Said”.

Andre Coetzee gave his life to the Lord at the age of 15, having a powerful encounter with the Holy Spirit. Since the age of six he started his training in music and the arts. He received his degree in Business Communication in 1995, specialising in Graphic Design and Audio-visual communication. He also studied drama, dance and theatre production over a period of 4 years at TOM Performing Arts College and has been involved in many productions as writer, director, actor, dancer and choreographer.

He received his prophetic training under the mentoring hand of Anita Giovannoni, president of Crocus ministries. He has been involved in prophetic ministry since 2001. Andre was the visionary and co-founded of the WIP Initiative, established in 2004, which aims to bring together worshippers, intercessors, prophetic and apostolic people. He served as a core member of UPF (Unlimited Prayer Frontiers) from 2005 until 2011. He was part of and led many intercessory, prophetic and worship teams nationally and internationally. He has been a member of The Prophets Round Table in South Africa since its inception in 2011. In 2016 Andre pioneered an annual WIP School in the south of France in partnership with Henning Schikora that raises up people in the prophetic, intercession and worship.

Andre is also an active member of the Company of Prophets South Africa . Andre has ministered in many churches, conferences, seminars, YWAM bases and businesses in South Africa, Africa, Europe and the Americas, having a passion to reveal God’s heart to people through training in the gifts of the Holy Spirit, the prophetic, worship and the arts. He currently resides in Pretoria, South Africa.

In YWAM we do a lot of different things. I’ve just finished the mandate to go and pray in all the 52 capitals of Europe for the governments in particular and the nations in general. It took 7 years : www.oceprayer.ywamepn.com 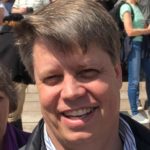 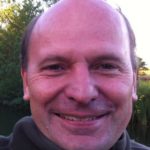 Leon Coetzee has been in fulltime prayer ministry in Pretoria, since 2000 and has a passion for prayer and intercession. He believes that strategic Spirit led prayer has the ability to impact and transform nations.
He is married to Corline (since 1997) and has three children. Two boys, 17 and 12 years old and a girl aged 11.

Leon’s ministry is focussed on teaching and training believers in Bible based prayer and intercession. He wrote and compiled the “Academy of Prayer” course (3 modules) in 2005 and has since then been teaching local believers, helping hundreds of Christians to grow in their prayer walk with God.

Leon has gained much experience and insight into praying for nations and has been involved in strategic prayer teams into other nations from 1998. Since 2001 he has participated and coordinated yearly prayer and ministry teams to France under the banner of “United Prayer for France (South Africa)” – a network that was established in 2005 to raise op South African believers, especially of Huguenot descent, to commit to minister into and pray for the nation of France.
He has also been involved in coordinating prayer in and for the city of Pretoria since 1999. Presently he coordinates a bi-monthly prayer group called: the “Pretoria Prayer Force”.

In 2012 Leon launched a network called “Unlimited Prayer Frontiers” to facilitate projects and help others to do strategic prayer initiatives into many different nations of the world. This platform will help believers to implement important lessons learnt during the 11 years of involvement with prayer teams into the nation of France.

Paul is a professional animal scientist by trade and is very involved in this profession in South Africa, having served as President of the South African Society for Animal Science. He graduated in 1984 from the University of Pretoria with a BSc (Agric) Animal Science. He then spent 4 years as a farmer on their family farms before joining a Veterinary Practise in 1988 as a consulting Animal Scientist. Together they owned businesses of which one was a retail concern with products for the farming and pet community. This business changed hands to new owners in 2008. He also acquired and still owns a pet grooming business. He still consults/advises in the field of business.

He is based in a town called Middelburg in Mpumalanga Province, in the North-east of South Africa where he oversees his parents’ (retired) farms as well as other business ventures and consultancy. Paul has lived here since 1988 and this is where his active church life started. He was pastor and leader of a church here from 1996 to April 2000 before moving on to his involvement in the prophetic ministry under Anita Giovannoni through Crocus Ministries in Pretoria, South Africa of whom he is a trustee. He loves the foundational ministries of prophetic and apostolic teams and has ministered in many places in South Africa and Africa, including countries such as Zambia, Zimbabwe, Malawi, Mozambique, Swaziland, Congo (DRC), and abroad in Brazil, Denmark, France, Germany, Gibraltar, Portugal, UK, Ukraine, Sweden and USA. His purpose and joy is to mature the saints by activating them to do the work of the ministry. He is a member of the Prophets Round table in South Africa who publish an annual book called “God Said”. He is also one of the facilitators of the Company of Prophets in Southern Africa. Paul was born in 1961.

"I had a dream and in the dream I saw the WIP Intense and the moment and also the building where it will take place. I felt that God gave a very high status on this WIP Intense. It was highlighted by the Lord in my dream. It was also highlighted for a very special group of people. It is a mature group of prophetic people who have developed in the past. Through those ten days Gods purpose is to equip those people to get on an even higher level. They will be able to minister with much more authority than before. I also saw that through this WIP Intense people of many different nations are getting together and God will create unity but also an empowering and commissioning to get things started on a new level. I saw that there will be a very unique time in France where God is creating and proceeding big things in a very short period of time. Beyond those ten days it will be continued on the same level at the places, environments, cities and nations where the people came from and even to more nations."
Ulrike Moosmann
A prophetic leader in Germany